It is uplifting to see how ordinary women today are speaking up for their rights. The fresh voices that stand tall in social media are not the voices of celebrities or politicians but 3 Indian women – Sunayna Dumala, Gurmehar Kaur & Gurpreet Kaur, who raised awareness about the issues that affect them.

In just over a couple of days’ time, we will be celebrating International Women’s Day (March 8), saluting the social, economic, cultural and political achievements of women. We are encouraged to voice out, how each one of us (women) must stand by women in these testing times. So, they’re not ignored or mocked upon. That is the real test for Women’s Day! How all of us are standing by each other! 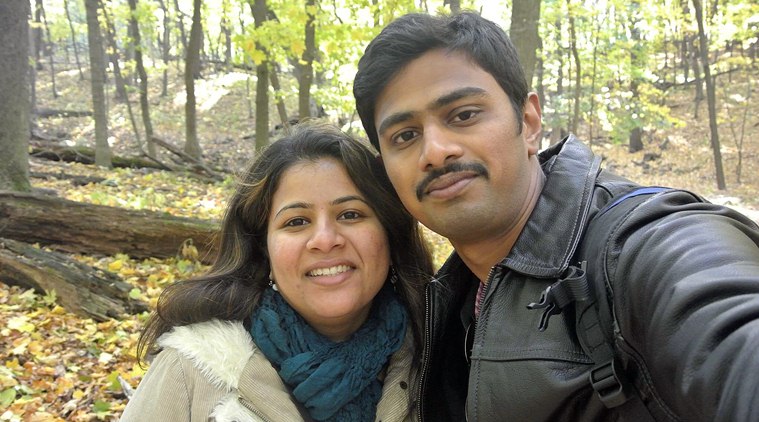 Sunayna Dumala raised poignant questions about the country she called home after her husband, Srinivas Kuchibhotla (Indian techie) was killed in a mindless attack at a bar in Olathe county in Kansas. Citing Dumala who asked the one question that’s in every immigrant’s mind, “DO WE BELONG HERE?” “Is this the same country we dreamed of and is it still secure to raise our families and children here?” Her Facebook post of outpouring emotion shows her devastation of being an immigrant in the US after her husband’s murder. By raising her voice, Dumala hopes that her husband can aid as a lasting symbol of the impact of hate crimes on immigrants in America. “Many a time, these issues are talked about for a few weeks and people tend to forget about them afterwards, but the fight must go on towards eliminating hatred from the minds of people,” said Dumala. 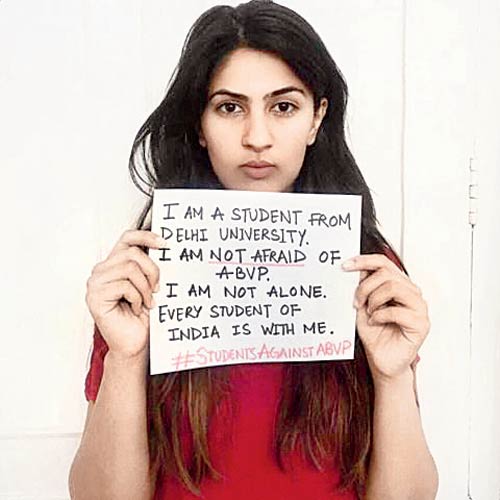 The 20-year-old student, Gurmehar Kaur, raised her voice on intolerance against the AVBP clashes at DU. This went viral and took a political turn, with leaders and celebrities commenting on her statement and calling her anti-national. Kaur’s video post on Twitter which read: “Pakistan did not kill my dad, war killed him.” Gurmehar Kaur’s father, a captain in the Indian army, was killed in an attack on a military camp near the de facto border with Pakistan in 1999. Her controversial remarks on Pakistan received with many trolling online and threatening her with physical violence and rape. Women are standing up for her and that is the real change! 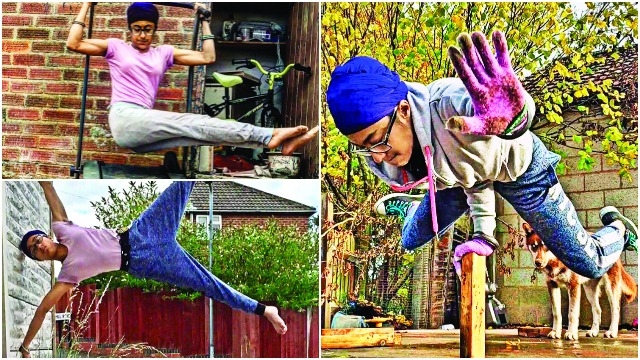 Gurpreet Kaur is a 21-year-old UK-based Sikh girl who has become a celebrity on Instagram and Facebook with her ridiculously hard fitness game. She is winning hearts with her insane callisthenics workout routines, weight training, and yoga. With over 17,000 followers on Instagram and receiving over a thousand likes regularly for her incredible fitness moves, “Fitness Kaur” has become quite the social media sensation. Born to an English mother and a Punjabi father, Gurpreet has always felt a strong connection with her Sikh roots. After writing her name during the Amrit Sanchar (Sikh ceremony), the fitness routine hit her mind, body, and soul. The turbaned Kaur prefers Shabads (Sikh hymns) as her workout groove over the latest music. The soothing music of Shabads gets her going and inspires her to push herself both physically as well as spiritually. Kaur faced the world that would constantly discourage her, telling her that, being a girl, she would not be able to do this or that. This kind of demotivation ended up pushing her to focus her energy on fitness, a journey she started at the age of 17. She is now breaking all norms and showing men and women across the world that nothing is impossible if you have the right mind and determination for it.

They all share a commitment to speaking up and standing up for their rights. Let their stories inspire and move you to #beboldforchange and stand up in streets, public transport, in school, at work, on social media, at home and where ever there is a need for change. Don’t be shunned down to speak your thoughts. You never know, you could be the driver of change which will save millions of women who are facing similar problems.

MirrorWhite was started and is run by a group of women, and we are proud of it.

We wish all #theunstoppablewomen a “Happy Women’s Day”!