“By her who is this month was born

No gem save garnets shall be worn

They will ensure her constancy 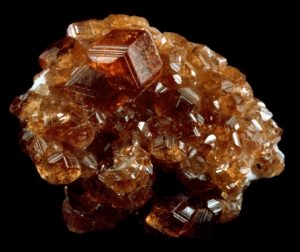 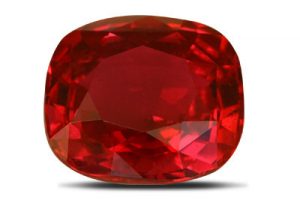 Traditionally, birthstone is a gemstone associated with each month of the year. The modern concept of having a special stone related to the month you were born is such a fun idea. No matter where the origins lead to, there’s something charming about the very thought that we each have a precious stone associated with the month we were born, and exploring the folklore and legends around each gem only add to the fun. 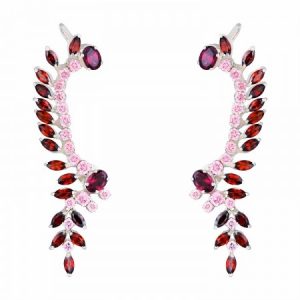 The birthstone for January is a garnet. Garnet is most commonly dark red but can be found in a variety of colours that includes red, yellow, orange, brown, green, pink, black, and some are even colourless. Garnet also shows a vitreous or glassy lustre.

According to legends, wearing a Garnet gemstone during the month of January heightens its healing powers. Garnets light up the night and protect their owners from nightmares and accidents when far from home. Garnet brings the wearer with good luck, peace, prosperity, protection and good health. And some say it even has the power to give the wearer eternal happiness and wealth. From the fiery orange to the rich green and the widely recognized red, Garnet is considered a great gift to symbolize friendship and trust. With its stunning variety of colours and its mystical powers Garnet is chosen for the 2nd and 6th wedding anniversary. 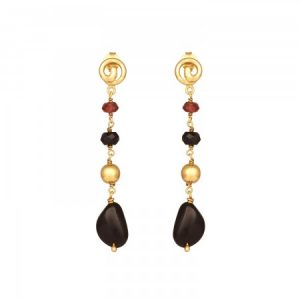 Most popularly associated with peace, prosperity and good health to the home. The garnet called the “Gem of faith” also symbolizes deep and lasting friendship. With that legend in mind, gift a garnet to someone whose friendship you genuinely value or take it if you’re a January born legend.

MirrorWhite offers some amazing pieces of garnet embedded silver jewellery to deck up your body with luck and goodness.